How I Spent 2008: a month-by-month chronicle 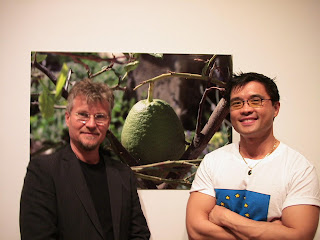 Randy produces and directs a program of conversations and staged readings on Lars Noren, one of Europe’s most produced contemporary playwrights, in collaboration with the Consulate General of Sweden and Rattlestick Theatre Company.


As a featured playwright, Randy speaks about the post-colonial legacy of the Philippine-American War in a postshow talkback at the Metropolian Playhouse in New York City.

Randy co-organizes and moderates a panel discussion of theatre leaders, presenters and artistic leaders of new-play festivals in the U.S. at the Humana Festival of New American Plays at Actors Theatre of Louisville in Kentucky. (An edited transcript of the panel appears in the October 2008 issue of American Theatre.)


APRIL
The Foundation of the American Theatre Critics Association gives Randy a travel subsidy to cover the Europe Theater Prize in Thessaloniki in northern Greece, as well as to be a U.S. delegate and speaker at the World Congress of the International Association of American Theatre Critics in Sofia, Bulgaria. (Randy's scholarly lecture about the Israeli-Palestinian conflict on U.S. stages will be published in a book of essays, Theater and Humanism in Today's World of Violence, forthcoming in 2009 from the Ministry of Culture of Bulgaria.)


Randy presents his Prague Quadrennial lecture, "Storytelling By Digital Design," at the theatre department of the University of South Carolina at Columbia. 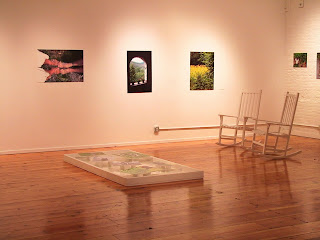 Randy curates, writes and edits a heated and wildly controversial special issue devoted to the Israeli-Palestinian conflict on the world stage that appears in the May/June international theatre edition of American Theatre magazine. (No less than Tony Kushner offers pointedly critical remarks in an April article published
in the Jewish Forward--a month before the issue ever hits the newsstands.)


LATE MAY TO EARLY JUNE
In a continuation of the American-Romanian Theatre Exchange Program with the Odeon Theater of Bucharest, Randy serves as a cultural exchange consultant for the European tour of the Filipino-American production of The Romance of Magno Rubio, which performs in two Romanian cities.

At the Sibiu International Theatre Festival in Romania, Randy delivers his new lecture-in-progress, "My America." At the same Transylvania festival, he also organizes a book launch of the play anthology roMANIA After 2000 (MESTC Press), for which he wrote an introductory essay about new Romanian playwriting.

Randy travels to Vienna to attend the Wiener Festwochen 2008, thanks to the sponsorship of Ernst Aichinger of the Ministry of Austria.

AUGUST
The great Caridad Svich invites Randy to be a co-curator of "Dreaming the Americas 2009: Legacy and Revolution in Performance," a two-day NoPassport conference which will take place in February 2009 at the Martin E. Segal Theatre Center.

SEPTEMBER
A September 9, 2008 article in the New York Daily News describes Randy as “a dedicated internationalist” and “a champion of cultural exchange and dialogue. Here is the hyperlink to the Daily News profile.

OCTOBER
After a highly competitive process, Randy is selected to participate in the Nieman Seminar for Narrative Editors at Harvard University.

After another highly competitive process, Randy agrees to be an alternate for the University of Southern California Annenberg/Getty Arts Journalist Program 2008. (Everyone who was officially chosen attends the Los Angeles program; Randy remains in New York City.)

The newspaper, The Soul of the American Actor, invites Randy to lead a panel discussion with the playwright and Off-Off-Broadway legend Jean Claude Van Itallie in a daylong tribute at the Martin E. Segal Theatre Center. Jean Claude is the only playwriting teacher Randy has ever had.

NOVEMBER
Randy serves as a jury member of the Fifth International Theatre Festival “Teatralny Koufar” in the city of Minsk in the former soviet Republic of Belarus.

Randy curates, edits and co-writes "Africa Writes Back," a special section about the current state of theatre in Africa, for the November issue of American Theatre magazine. From conception to completion, it was five years in the making.

Randy speaks in a course on "Theatre in the Age of Globalization" at Brooklyn College.

The Internationalists invite Randy to speak in a panel discussion, "Around the World in 80 Hours," along with such tribe members as Caridad Svich, Catherine Coray and Icelandic playwright Sigtryggur Magnason.

DECEMBER
Randy gives up trying to raise the funds so that he can afford to attend this month's IsraDrama Festival in Israel. This month, Israel launches a series of devastating air strikes against militants in Hamas-ruled Gaza. The all-out war is reported to be the bloodiest in Palestine since the War of 1967.

Along with emcee Ephraim Lopez and fellow writers from NoPassport theatre alliance & press, Randy reads a poem and a satirical play in Hibernating Rattlesnakes, an evening of excerpts and short works for performance, held at the Nuyorican Poets Cafe. 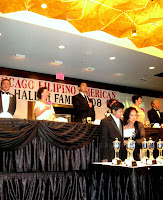 Randy is inducted into the Chicago Filipino American Hall of Fame 2008, sponsored by the Chicago Philippine Report TV and the VIA Times News Magazine.

Randy Gener
is a writer, visual artist, critic, editor, journalist and dramatist in New York City. His floral photography installation, "In the Garden of One World," debuted this year at La MaMa La Galleria in New York. He is the senior editor of American Theatre magazine.

Randy Gener Inducted into the Filipino-American Hall of Fame 2008 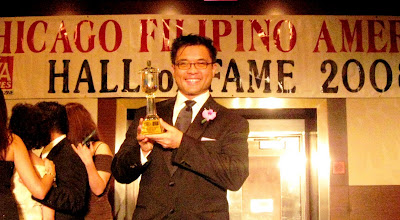 CHICAGO: We are delighted to announce that the search committee of the fifteenth annual Chicago Filipino American Hall of Fame 2008 has selected Mr. RANDY GENER to be one of the recipients of this very prestigious award in the Filipino American community of Chicago and the Midwest for his outstanding contributions in Journalism and Theatre Arts categories.

The Chicago Filipino American Hall of Fame is an inspiring project that highlights the best in the Filipino and Filipino-Americans -- a joint effort of the 20-year-old Chicago Philippine Reports TV and the 25-year-old VIA Times Newsmagazine -- an outstanding annual community event that benefits a locally produced (and original) television show in Chicago, the CPRTV. This event's other charitable recipients include the TAHANAN Philippine Museum, the Bantay Bata Foundation for homeless children of the Philippines, and the Pilipino American Social Service for Seniors.

It honors high-achieving Filipinos/Filipino Americans/& Friends, focusing on their achievements in their own 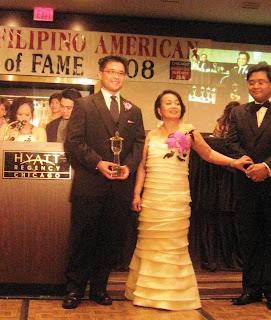 field of interest or profession, and in their abilities and capabilities to promote the positive image of the Filipino not only in Chicago, but also in the entire United States of America, the Philippines, and throughout the world.


These hall of fame inductees have demonstrated uncommon, innovative, and civic responsibility, and have excelled and achieved so much for the encouragement and betterment of the Filipino/Filipino American community. They are indeed a pride to the Filipino and Asian American communities, and have served as an inspiration and role model to our people.

We salute them and their accomplishments at a black-tie dinner-dance event to be held on Saturday, December 27, 2008 at the Regency Ballroom of the Hyatt Regency Chicago Downtown, Chicago, IL, 151 E. Wacker Dr., Chicago, IL. 60601.