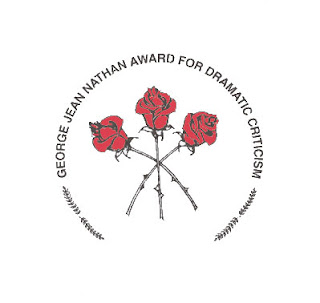 “It is my object and desire to encourage and assist in developing the art of drama criticism and the stimulation of intelligent playgoing." --- George Jean Nathan


NEW YORK CITY – The heads of the English departments of Cornell, Princeton, and Yale Universities have chosen Randy Gener, Senior Editor of American Theatre magazine, to receive the annual George Jean Nathan Award for Dramatic Criticism. The honor is reserved for “the American who has written the best piece of drama criticism during the theatrical year (July 1 to June 30), whether it is an article, an essay, treatise or book."

The Awards Committee citation for Gener reads, “He has used that venue [American Theatre Magazine] and others to draw our attention to largely ignored voices and visions on the international theatrical scene, to the work of Filipino-American playwright Jessica Hagedorn, to a small but lively Tennessee Williams Festival in Provincetown, and to the future of theatrical criticism itself in essays that wed critical intelligence with a beat reporter’s love of the telling and unruly fact.”

The citation continues, “In one piece, Gener argues that, at its best, criticism is ‘a cultural asset, one of the bases on which democracy and community are built.’ He fulfills that lofty goal by implicitly reminding us of how much that is excellent in theater here and abroad is ignored by a critical fraternity which, during this age of globalization, seems more parochial than ever.”

can Theatre Magazine, remarked, “Randy Gener's selection by the Nathan Committee marks the first time that the award has gone specifically for writing in American Theatre magazine, and we’re particularly proud of that.”

O'Quinn continues, "Randy Gener has been a tremendous asset to American Theatre ever since he was selected as a Jerome Foundation Affiliated Writer back in 1995–96, and especially since he joined the staff full-time in 2002. His command of any number of theatrical subjects—from international exchange to the vagaries of arts journalism and criticism—is unequalled among his contemporaries.”

Winning the Nathan Award is the most recent accolade in Gener’s distinguished career. In addition to being the Senior Editor of American Theatre, he is a writer, critic, editor, playwright, and visual artist based in New York City. He is the author of the plays Love Seats for Virginia Woolf and What Remains of a Rembrandt Torn into Four Pieces, among other plays, as well as scholarly essays, articles and reviews in The Village Voice, The New York Times, New York Magazine, The Star Ledger, Time Out New York, and other publications.

Additionally, he has worked as an editor of the Arts Institute/Theatre Institute of the Czech Republic’s newspaper Prague Quadrennial Today and as a freelance dramaturg for the Joseph Papp Public Theater, Roundabout Theatre Company, Pan Asian Repertory Theatre, and Denver Center Theatre Company. His floral installation In the Garden of One World (a collaboration with the Romanian scenic designer Nic Ularu) debuted in 2008 at La MaMa La Galleria.

He has been the recipient of a 1995-96 Jerome Foundation American Theatre/Affiliated Writers Program fellowship, a 2003 New York Times critic fellowship at the Eugene O’Neill Theater Center’s National Critics Institute; grants from the Foundation of the American Theatre Critics Association, the Ford Foundation, and the Trust for Mutual Understanding; and a Filipinas Magazine Arts and Culture Prize. A member of the theater alliances NoPassport and Theater Without Borders, he was inducted in 2008 to Via Times of Chicago’s Filipino American Hall of Fame.

The Nathan Award is considered the highest accolade in the U.S. for dramatic criticism. When George Jean Nathan provided for it in his will, he explained that it was his “object and desire to encourage and assist in developing the art of drama criticism and the stimulation of intelligent playgoing."

The prize for the Nathan Award consists of the annual net income of half of Mr. Nathan's estate. The annual award now amounts to $10,000, making it the richest as well as one of the most distinguished in the American theater. In addition, the winner receives a trophy symbolic of the award. Ellis Hanson, Chair of the Cornell English Department, will present the award to Gener at a March 9 celebration at the Kalayaan Hall (Freedom Hall) of the Philippine Center near Rockefeller Center in New York City.