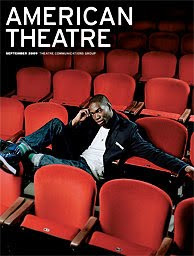 In the personality/profile category, Gener won for “Dreaming in Yoruba Land,” about the African-American playwright Tarell Alvin McCraney whose trilogy The Brother/Sister Plays premiered at the McCarter Theatre in Princeton, New Jersey and The Public Theater in New York City.
Both articles were published in the September 2009 issue of American Theatre magazine, published by Theatre Communications Group in New York City.
Randy Gener is the senior editor of American Theatre magazine.
Adds Hernandez, CEO of NATJA: "This was a banner year for excellence. Given the creativity, writing and vision of the submissions, the judges had a difficult time selecting the winners from the more than 500 entries."
The annual NATJA awards competition, now in its 18th year, honors travel journalists, publications and destination marketing organizations. Winners will be presented with their award at the annual NATJA conference May 11-14, 2010 in Reno, Nevada.
NATJA Awards recognize excellence in travel writing, photojournalism, multimedia platforms, advertising, marketing and public relations for the travel and tourism industry. NATJA received more than 500 submissions from the United States, Canada and the United Kingdom.
NATJA is the second largest travel media association in North America. Members include travel media professionals, convention and visitors bureaus and other travel marketing agencies. Members are provided with professional development workshops, peer-to-peer evaluation, web tools and networking opportunities. NATJA also publishes Travelworld International Magazine.
For more information about the NATJA or a complete list of 2009 award-winners, visit www.natja.org.