I am a specialist in Nordic performing arts.  Over the years I have followed Swedish theater and have given lectures on this subject at the Swedish Theater Biennial.  I have also followed Norwegian theater, Finnish theater, Icelandic theater and, to a lesser degree, Danish theater.  So it is with great pleasure to invite you to a seminar that I am leading at the House of Sweden in Washington D.C. It is a new project of my media project In the Theater of One World in collaboration with the Embassy of Sweden.

The seminar, entitled "Can documentary theater attract new groups of audiences?: A Swedish and American Dialogue," spotlights the body of work of Mattias Andersson, one of the best young playwrights working in Sweden today. My first encounter with this work was The Mental States of Gothenburg, about the lives and dreams of young people in Göteborg, considered Sweden's second city after Stocklholm.

His major project, an adaptation of Crime and Punishment (part of a three-play project involving the Fyodor Dostoyevsky novel), in which Andersson placed the Russian novel in modern times and in a setting that could just as easily have been Göteborg as St. Petersburg, was an intellectually rich 8-hour marathon. My interview with Mattias appeared in Critical Stages which is available here.

Backa theater, Mattias's company, is presenting a play Little King Mattias at the Nordic Cool Festival in Kennedy Center in D.C. (The Royal Dramatic Theater of Sweden is also presenting at the same D.C. festival a stage adaptation of the Ingmar Bergman film Fanny and Alexander, based on Bergman's last film.)  I am thrilled to participate in this seminar for the Embassy of Sweden, my partner in the project. 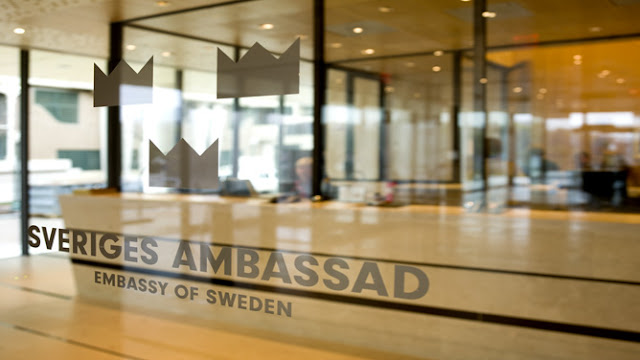 CAN DOCUMENTARY THEATER ATTRACT NEW GROUPS OF AUDIENCES?
A SWEDISH AND AMERICAN DIALOGUE

WASHINGTON, D.C. |  In association with the U.S. debut of Backa Theatre of Sweden at the Nordic Cool 2013 Festival at the Kennedy Center in D.C., the Embassy of Sweden invites you to a seminar about the growing genre of documentary theater on March 11, 2013 between 10:00 am and 12:00 noon in House of Sweden.

Randy Gener, who will moderate the talk, observes in American Theatre Magazine that "in Sweden theatrical works geared for young people are viewed not just as equal to adult-oriented theatre but in many cases as surpassingly livelier. Documentary innovations and experimentations in dramaturgy—strong themes (such as divorce, death, politics), bolder forms, openness to outside influences—have made it possible for youth-oriented dramas to shatter conventions and overturn orthodoxies in liberating ways…”

REGISTER FOR THE SEMINAR

Welcome by Cultural Counselor Kristina Rennerstedt and introduction of the moderator Randy Gener. 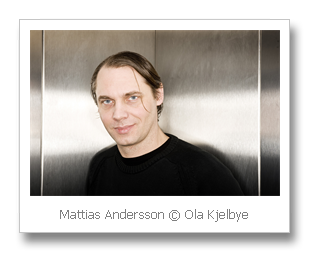 Backa Teater was formed in 1978 and the performances are geared toward children and youth. In 1997 Backa Theatre was the first theatre to be promoted as a national stage for children's theatre for three years by the Swedish government. At Backa, Andersson has specialized in creating and staging theatrical projects grounded in sociological research methods. Examples include The Mental States of Gothenburg, about the lives and dreams of young people; The Gangs of Gothenburg, based largely on interviews with Göteborg’s criminal elements; and an adaptation of Crime and Punishment (part of a three-play project involving the Fyodor Dostoyevsky novel), in which Andersson placed the Russian novel in modern times and in a setting that could just as easily have been Göteborg as St. Petersburg.
Andersson’s own plays have been performed at Stockholm City Theatre, the Royal Dramatic Theatre of Stockholm, Göteborg City Theatre, Malmö Dramatic Theatre and in Norway, Poland, Denmark, Germany, Romania and Serbia.

Randy Gener is a George Jean Nathan Award-winning editor, writer and artist based in New York. He is the USA Editor of Critical Stages, an international journal; founder/editor of the media project In the Theater of One World; contributor to National Public Radio; freelance critic for Variety, and dramaturg of "Noli Me Tangere: The Opera." Co-editor of "The American Theatre Reader," Gener is the curatorial producer of the USITT/USA National Exposition, "From the Edge: Performance Design in the Divided States of America," an exhibition of political U.S. theater at the Prague Quadrennial. In addition to the Nathan Award, Gener is the recipient of numerous awards; and NLGJA Journalist of the Year -- all of it for his editorial work and critical essays for American Theatre magazine. Gener is presently at work on the first English-language book survey of the plays of the Swedish dramatist Lars Noren. 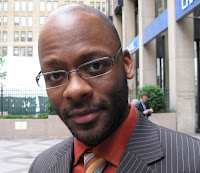 Otis Ramsey-Zöe is a Lecturer of Theatre Arts at Howard University, Future Classics Program Coordinator at The Classical Theatre of Harlem, Series Editor for NoPassport Press’s Dreaming the Americas Series, a freelance dramaturg, and a Company Member of banished? productions. He has developed new works with such organizations as The Sundance Institute, Kennedy Center, Theatre J, Arena Stage and CENTERSTAGE.

Robert McNamara is the Artistic Director and Co-founder of Scena Theatre and is now directing his 25th season in the U.S. and abroad. Scena Theatre is driven to bring the best international theatre to Washington, D.C. and to stimulate cultural exchange between local and global artists. Founded in 1987, Scena produces an annual season of plays, seasonal readings and a workshop series to develop new works. Recent productions include "A Clockwork Orange," "Mein Kampf," and "Hedda Gabler," among others. Scena has produced six Washington International Theatre Festivals that include works by Per Olov Enquist ("The Hour of the Lynx"), Cecilie Loveid ("The Ice Goes Out" and "Seagull Eaters"), Suzanne Broegger ("After the Orgy" and "Dark") and the U.S. premiere of "Julie" from Strindberg's "Miss Julie."


REGISTER FOR THE SEMINAR
Posted by Unknown at Tuesday, March 05, 2013